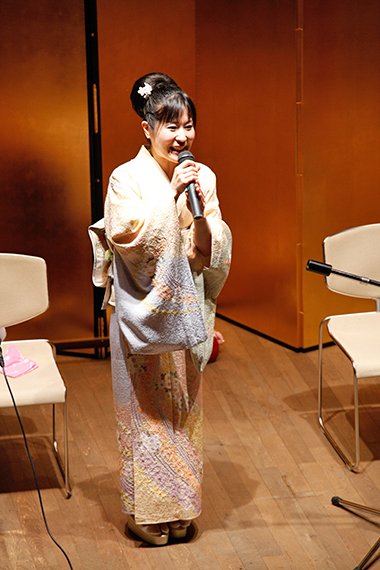 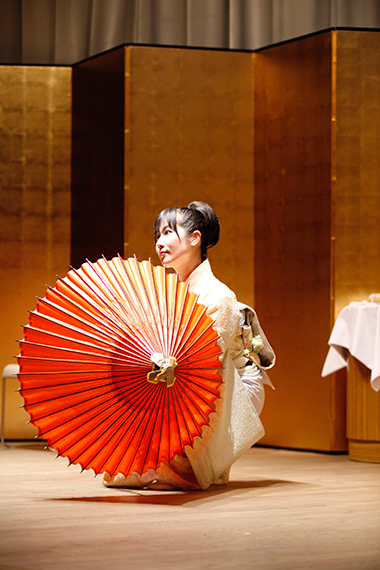 This multi-talented prodigy was destined to play Tsugaru music, the traditional music of Aomori. Born as a daughter of Takanori Nakano, who, in a radical career path change, shifted his musical skills from that of a professional cellist in the Osaka Philharmonic Orchestra to a Tsugaru shamisen player. She was trained in singing, dancing and playing Tsugaru shamisen, as well as playing the classical piano, all of which she excelled in from the very start. Despite the headwind she faced for the fact that she was born into a non-traditional shamisen family, she won various awards for her talent from singing to playing the piano and shamisen, including the championships in Godai Minyo and Aomori-ken Minyo Oza Ketteisen (Aomori prefecture minyo grand prix), the highest honor for the singers of Tsugaru music. While one might argue that her talent is best illustrated by her singing, it should also be noted that her talent as a shamisen player is just as exceptional, which has also won her several awards. In addition, she has mastered Tsugaru music dancing, and is licensed to teach it by Yoshiei Ishikawa, the first master of the School of Ishikawa, a major school of dancing for the genre. Nowadays, many Tsugaru shamisen players are found mixed into other genres of music in the name of innovation. While the value of such a mixture could be argued, she stays true to a fault to her complex and intricate art just as is. Any professional musician can appreciate that less accompaniment is more difficult to present, as every sound made cannot be hidden. Her well-polished, truly authentic performance can satisfy even the most trained ears. She is a rare gem to find in this day and age. Being somewhat of a traditionalist, her online presence is next to none, but her remarkable talent is nonetheless authentic and must be recognized.